Has your car’s engine been performing poorly in the recent past? There are many things that you should put into consideration. One of the critical components that might have issues is your fuel injectors. However, before we dive further into what fuel injectors are, it is imperative that you know how your engine is able to create the much-needed power in order to move your car.

Simply put, combustible engines normally require 3 vital elements in order for them to create power. They include spark, air and fuel. If any of these elements is absent or has issues, your car’s engine might not even start. Fuel injectors normally help deliver fuel at the right time in order to ensure clean and efficient combustion.

However, over time, fuel injectors normally develop issues or can be clogged without your knowledge. Consequently, your car’s performance might be slowed down and thereby inconvenience you. In this article, we shall discuss more fuel injector, how it works and symptoms of a faulty fuel injector.

Under the hood system of your car, lays several components all of which are interconnected. These include the fuel injector, car’s fuel filter system and the pump. Like we mentioned above, all these components work towards ensuring that your car’s engine receives the optimal mixture of fuel and air for efficient combustion.

However, what exactly are fuel injectors? They are simply solenoids or better still, cylindrical coils of wires that act as a magnet carrying an electrical current and actuate pistons fast. It normally receives a signal from the internal vehicle computer to spray a certain amount of gasoline at a specific time using a specific angle, pressure and spray pattern.

How Does The Fuel Injector Work?

At some point, there might be a jet stream, mist, and shower among other settings. The same principle applies when it comes to how the fuel injector works. Ideally, the fuel injector has to spray fuel as a mist, so that your engine can burn the fuel.

Once you step on the gas pedal, your car’s throttle valve works hand in hand with your fuel injectors. Here, the throttle valve normally opens up, thereby letting up more air. The engine control unit, or the ECU, notices that the throttle valve is open and thereby increases the fuel rate in anticipation that more air will get into the engine.

Here, the fuel injectors spray the fuel so that it can mix with the air and then this mixture enters the engine’s combustion cylinders.

It is imperative to note that the amount of fuel supplied to the engine is normally determined by the amount of time the fuel injectors stays open. This is commonly known as pulse width and is normally controlled by the ECU, which is the computer that controls all the electronic components on your engine.

Symptoms of a Bad Fuel Injector

In fact, you might feel some shaking vibration whenever you are stopping at a traffic light .In other scenarios; your car can stall altogether. If you notice this problem, chances are that your fuel injector has issues.

Once the fuel injector gets faulty, the cylinder is not able to receive the much-needed fuel in order to fire up. As a result, the cylinder might start hiccupping in a bid to look for more fuel. Consequently, the engine will start vibrating or shaking.

3) Your engine will misfire

If your car’s fuel injector is clogged, the engine will not be able to receive enough fuel from the fuel tank. As a result, the engine can misfire as you drive and cause more problems. Some of the problems that you might encounter include overheating, struggle to accelerate and a pause once you have stepped on the gas pedal.

Under normal circumstances, your car’s internal computer uses the check engine light in order to inform you that there is a problem with your engine. If you see this light, you should not take chances. Ideally, you should take your car for auto repair as soon as possible. Chances are that your fuel injectors among other components have issues that need immediate diagnosis.

Better still, you can confirm the problem using an OBd2 scanner. This scanner will help read the error from your vehicle’s computer and then translate it. It will even suggest different repair options as well as the expected repair costs.

This is another common indicator that your fuel injector is faulty. You will note that fuel leaks normally happen due to the deterioration of the fuel injector seal. To determine if you are dealing with this problem, you should take a closer look at your fuel injector and then look for signs of gasoline on the exterior or even on the fuel rail. If this is your situation, consider having the injector seal replaced immediately by a professional mechanic.

Have you ever smelled fuel-odor when driving your car? Chances are that your fuel injectors have issues. At some point, the fuel injector might be broken thereby leading to this problem. Better still, breaks in the fuel lines might be the actual cause of this problem.

Finally, you might experience this problem if there is some gasoline that is not getting burned as it should under normal circumstances. Whatever the reason is, you should not ignore any strange smell in your car. If possible, you should move with speed and have your car inspected by a professional to prevent potential engine damage.

Although there are many reasons why your car might consume more fuel than usual, one of those reasons could be a faulty fuel injector. Such usually happens whenever your fuel injector is clogged or leaking.

As a result, your car’s ECU will call for more fuel as it might not be receiving enough in the combustion chamber. Therefore, if you notice a spike in fuel consumption, you should not hesitate to get your fuel injector checked.

Your car’s engine might fail to start due to the engine not being able to receive the right combination of fuel and air. Ideally, the fuel injector should deliver fuel to the chambers in the right proportions.

Like we mentioned above, a faulty fuel injector can make your vehicle to run on rich fuel, meaning that a lot of fuel will be supplied to the combustion system than air. If the air-fuel ratio gets disturbed, the catalytic converter becomes the sacrificial lamb. It might burn in the long run.

How Do I Check Fuel Injectors?

1)Use an automotive scan tool

As we speak, you can now use this electronic device in order to determine if your cylinder is misfiring or not. This device basically generates a diagnostic trouble code that helps you establish if your fuel injector is faulty or not. The device is also important in identifying if there is a break in circuit or not.

2) Use an automotive stethoscope to check for noise

When your car’s engine is running, you will note that a tapping sound is normally produced. This normally happens as a result of opening and closing of the valves fitted at the end of the fuel injector.

To establish where the problem is, you should place the automotive stethoscope on each injector and the listen and compare the sounds you hear. If you notice that a certain fuel injector is not producing any noise, chances are that it has issues and needs immediate diagnosis.

The above-mentioned device can help you detect the vibrations frequencies that arise when the injector pestle opens. To do this, you just need to place it on each injector while your car’s engine is running. Thereafter, it will show you who fuel injector is not producing any vibrations.

4) Check for resistance using a multimeter

Although replacing your car’s fuel injector might help improve your car’s engine performance, you should brace yourself for the costs involved. This is because replacing the fuel injector is quite expensive. For instance, on parts only, you need to pay between $600 and $1200.

This price excludes the costs involved when installing it in your car. Due to the labor cost, the cost is bound to escalate as the entire exercise is normally complicated and has to be undertaken by a professional mechanic.

What Are The Symptoms of a Bad Master Cylinder?

What happens if your car has a bad fuel injector?

Is it advisable to drive a car with a bad fuel injector?

No. Although your car might still run with a faulty fuel injector, the engine might get damaged in the long run and might be costly to do the necessary repairs. These damage might also cost you to fully replace your engine which is  very expensive. Therefore, you should not hesitate to seek the services of a professional mechanic if you notice that your fuel injector has issues.

How long can a fuel injector last?

For most motorists, one of their biggest worries is the lifespan of their cars’ fuel injectors. Well, the good news is that the fuel injector can last for many years. In fact, it can work optimally until your car covers 100000 miles. However, the fuel you use for your car will determine this lifespan as at some point, you might have to replace it sooner than you had expected. For instance, if you use cleaner and better fuel, chances of the fuel injector clogging is very slim and consequently, it might last for longer while in a pristine condition.

Is it worthy to replace my fuel injector?

Yes. A bad fuel injector can wreak havoc on your car’s engine and might lead to costly repairs in the future. Although you might have to set a budget for this, it is worthy you replace the fuel injector and you will even save more on fuel and even enjoy more convenience when driving.

Can I replace the fuel injector on my own?

Yes. However, you must have all the skills necessary to get the job done. Remember that this daunting and complicated project and any slight mistake can be lead to future engine problems. If you discover that this is too much for you, look for a professional mechanic and he or she will replace the fuel injector for you seamlessly.

Yes. Surprisingly, fuel injection system increases your horse power for about 10 to 20 extra horsepower at peak.

When it comes to the fuel delivery system of your car, the fuel injector play a pivotal role of ensuring that it deposits gasoline at the right time with the right amounts. Although it might be in a pristine condition for many years, it can get faulty due to one reason or another.

As a result, you might experience some of the problems that we have mentioned above. If this happens, you should diagnose the problem as soon as possible to prevent future engine problems. Repair your faulty fuel injector today and you will have a wonderful driving experience. 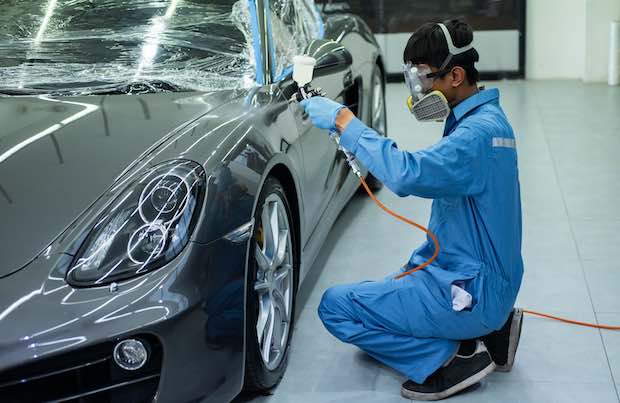 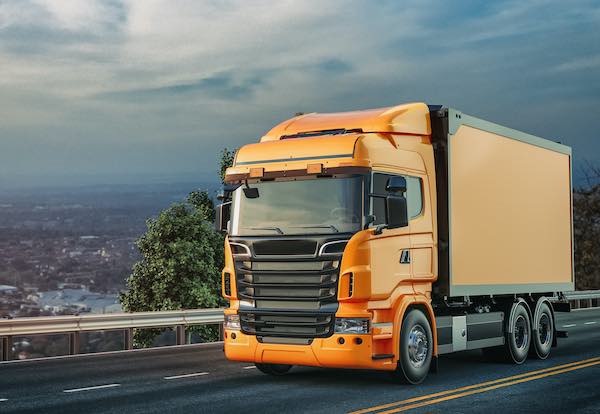 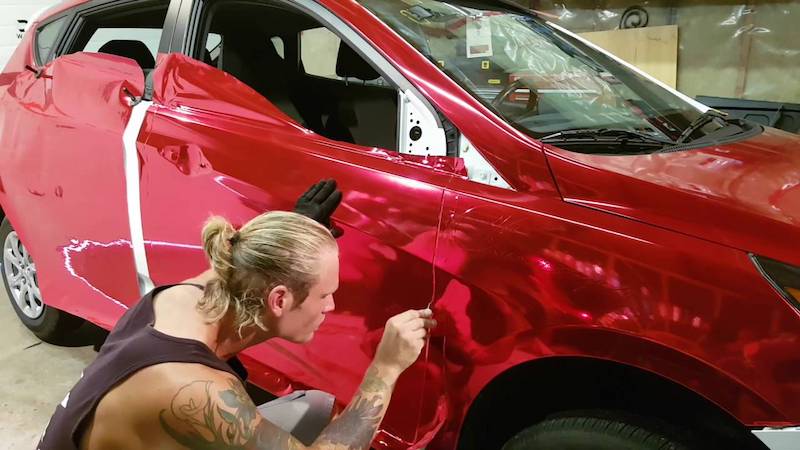