Short term car leases are typical lease transfers. It happens when you take over a lease from someone who wants out of his or her existing lease. This is because car dealers do not have short lease terms for new cars. Moreover, they do not rent out used cars. Car dealers often give new car leases ranging from 24 months to 36 months. When in need of a short term car lease 3 months deal, for example, there is another avenue you can take. Our 6 month car lease no deposit sheds more light on short term car lease assumptions.

However, it is also vital to understand why one would need a lease on a short term such as 3 months, 6 months, or even 12 months. Some of the reasons include:

Since car dealers do not have short-term leases, it means all leases for the shorter term are takeovers or assumptions. When a new lessee takes over a vehicle, they also assume making monthly payments of the original lease for its remaining term period. For instance, if you want to rent a car for a month for 300, it means finding a leaseholder with a remaining term period of 1 month.

The remaining period on the leases can be as short as 1-3 months, 3-6 months, or as much as 39 months. However, taking over short-term lease offers an excellent way to have a car with low monthly payments, as well as no down payment. In addition, you will not be paying upfront fees to the dealer. The original leaseholder paid all the charges when they were purchasing a new car lease from their dealer.

It is worth noting that some lease companies carry a small fee for application and transfer of the leases. Besides, a good number of those firms will check the lessee’s credit score. It is therefore imperative, to know your credit score before applying for a short term car lease 3 months deal. If you are unsure of your latest score, you can check from the Free Experian Credit Report Beyond that, the whole process is simple, straightforward, and inexpensive.

Short term car lease 3 months deals often come with cash incentives. Many sellers for the short term leases are desperate to let go of their original lease for a new car. With three months left on the lease, many of the original leaseholders will offer cash rebates to entice prospective lessees. If you need to be into a late car make that is still under its original warranty, 3-month assumptions provide the lowest possible cost options. 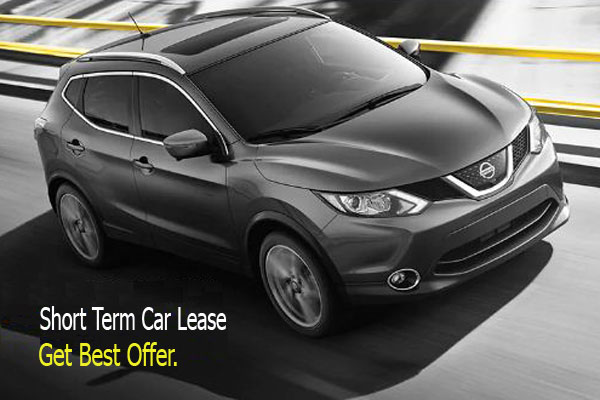 Taking over a lease involves the lease company of the original leaseholder. The company has to draft the new contract showing the changes to the lease owner. This agreement switches over the lease to the new lessee. Lease assumption procedures are usually fast, and may not cost over $100. The cost often depends on the lease company and can sometimes go over $200.

After the 3 months of your short term lease have elapsed, it is your responsibility as the new buyer to return the car to the lease company. Alternatively, you may want to buy the vehicle if you wish to retain its services. It is important to check the condition of the car you want to lease for 3 months. This is because you are likely to be charged for excessive damages, most of which you may not have caused.

Moreover, watch out for the mileage limit to avoid incurring more charges from the lease company. Typically, you are taking over all the risks the original lessee would have, had they kept their car, including surcharges.

If you want to have a feel of the latest sports car without buying a brand new lease from a dealer, transfer leases provide a viable, less costly alternative. You can get a short term lease for virtually any make or model provided there is a willing seller who wants out of their current lease. While you can find a short term sports car lease in auto-trader magazines and newspaper classifieds, the best way is to visit the internet for the best deals from multiple companies.

Trying to get out of a lease early can be expensive. Therefore, one of the best ways to get yourself out one is to transfer the remaining months of the agreement to a willing buyer. This is where you will need to get in touch with one or various eCommerce platforms, linking lease sellers to prospective lessees.

For consumers trying to get a short-term lease for a late model sports car, many of the companies on the digital platform, including Swapalease.com, have top of the range SUVs leases they could take over. Lease assumptions for sports cars are not different from other lease takeovers. The new owner will continue paying for the remaining months of the contract on the original deal. It is, therefore, among the most affordable options available.

That BMW is at the top echelons of the sports car niche is undisputable. Car models are identical to the concept of class. The best brands carry style, comfort, and performance, all of which BMW excels in. Driving a Beamer is a completely new experience, which you can get through BMW short term lease deals.

Sites such as LeaseTrader.com are playing a pivotal role in matching people who want to get rid of their BMW leases plus other models, with those looking for short-term contracts. Check out the vehicles listed on lease transfers to for the right BMW makes. Whether you buy into a good short term lease deal or not, often depends on the original lease deal. You can find very good deals on the latest BMW models, particularly when the initial lease was a great deal, to begin with.

Moreover, there are plenty of sellers offering cash payments to willing buyers. Short-term car deals generally provide an excellent way to assume an almost-new BMW vehicle for an incredibly affordable fee. You can get more insights on getting cheap short-term lease deals for the best car models like BMW through our $99 car lease no money down the resource.

However, it pays to check the quality of the original deal when taking over a lease. This helps you to assume a great car lease deal, though briefly.

Lease assumptions can sometimes be difficult to find. This is particularly when you want a specific car model or make. In such circumstances, one alternative might be to purchase a used car. However, you will be looking for a very good model or one that holds its resale value. You can resell the car later when you don’t need it for a little loss. The best choices are cars with great reliability and popularity. Some of the examples in that category include:

If you need to purchase the car with an auto loan, online services such as InstantCarLoan.com will give you a loan even if you have less than stellar credit scores. One of the best things about the auto loan provider is that they feature a straightforward online application with fast approvals. Even when a bank or dealer approves you, it is also essential to look into online services.

A. Yes. You can lease a car for six months. However, this type of car lease is not what you will find at an auto dealer. 6 months is a short-term lease, which car dealers do not offer. Instead, for short lease terms, you can opt for third-party lease assumptions. This is where you take over a lease from a party selling their current lease.

Q. What’s the minimum time you can lease a car?

A. You can lease a car for as little as three months, or even one month depending on the seller. Most short-term car leases start from 3 to 6 months. However, these leases are not for new cars. New car lease deals often start at 24 months, meaning car dealers do not have short-term leases, neither do they lease used vehicles.

Q. Can you lease a car month to month?

A. Even as you can lease a car month to month, not every car leasing company will have this offer. Most of the leasing companies and car dealers do not offer new cars with one month’s lease. However, companies such as Apex typically specialize in leases of between a month to six months. Moreover, you can buy a lease from owners who wish to terminate their contracts a little earlier. These are known as lease transfers. In this case, the period usually varies from one month to a couple of years, based on the seller. You can find similar deals with big companies like Hertz and Budget.

Q. Can you get a short term lease on a car?

A. Yes, although most traditional leases for new cars start at 24 months. As it relates to car leasing, a short term lease means renting for lesser months than the standard length for most car leases, which can be 24, 36, 39, 42, and 48 months. However, you can take over an active lease from a car owner who wants out of the deal. Therefore, you can get a short term lease on a car when the owner transfers the lease to you.

Even though lease assumptions have been around for some time, getting the right match has remained a big challenge. This is particularly when you need higher-end models like Jaguar and BMW. Since recently, nonetheless, the internet has come to the rescue of lease assumption traders. There are plenty of short term car lease 3 months deals in the market if you know where to look. Auto-trader digital platforms have made it easy for anyone to drive their dream model car without investing in a new deal at the car dealership.

The sites often list multiple short-term car leases from drivers who want to terminate their agreement. They are the best place you can visit if you need a short-term contract for a car. The deals are available for nearly all car makes and models. However, the quality of short term car lease deals often depends on the original lease. A good rule of thumb is to scrutinize the original deal and ascertain that you are taking over a great car lease.